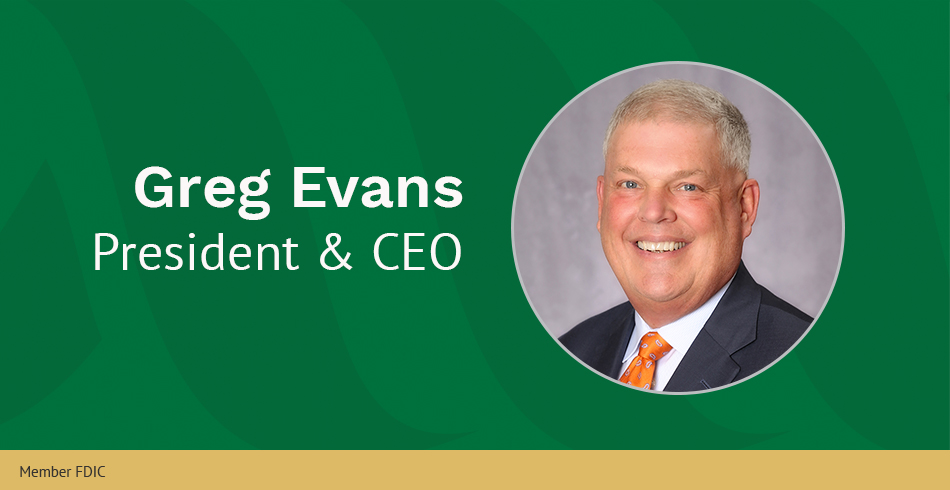 News | 12.08.2021
Greg Evans, President & CEO for Merchants Bank and Merchants Financial Group, Inc. has been appointed to serve as Minnesota’s representative on the American Bankers Association’s (ABA) Government Relations Council.
Council members are appointed by ABA’s chair with typically one representative from each state. Each serves a one-year term with the possibility of appointment to one additional term.

The Government Relations Council (GRC) is the leadership committee with the exclusive responsibility for recommending annual policy priorities to ABA’s Board of Directors. The Council provides ongoing policy guidance to ABA leadership as policy issues arise during the year. Its diverse membership is reflective of the industry at large, representing banks from across the country of varying asset size, charter type, and business structure, making it a critical committee in representing both the specific interests of the industry segments and the broader industry. GRC members also participate in ABA’s political engagement programs.

Most importantly, Evans and other members of the GRC serve as essential advocates of ABA’s policy positions before members of the legislative and executive branches and related agencies, local media and fellow bankers.

“I am humbled by the opportunity to serve on this important council,” said Evans. “I look forward to participating and helping further the critical role our nation’s banks, especially community banks, play in both their communities and the broader economy.”

Merchants Bank is a full service community bank with 23 bank locations in southeastern Minnesota and west-central Wisconsin and a leasing division, Merchants Bank Equipment Finance, in Edina. Headquartered in Winona, MN, MFGI has more than $2.7 billion in assets. Merchants was founded in 1875.